“For the inside exhibit of the Berlin Wall, I did half the canvas, then shipped the canvas to another artist to complete.

This one was completed by Steve Torpine. He was living in Berlin at the time. He’s gone now. There’s a high fatality rate in the artist world.

This one was completed by Bonita. She was pregnant.

On the wall there was the outstretched Renaissance Man. On the floor were copies of police outlines of dead people in the streets of Berlin.”

“That’s Bonita and me doing the Renaissance Man pose”

“These were replicas from the Berlin Wall

One of the artists was Bonita Ely, mother of Marina Charlotte Grounds Ely.” 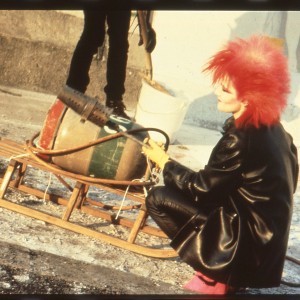 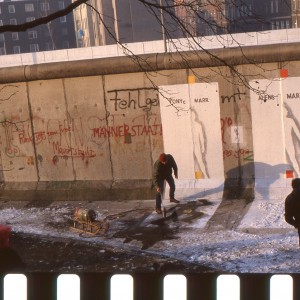 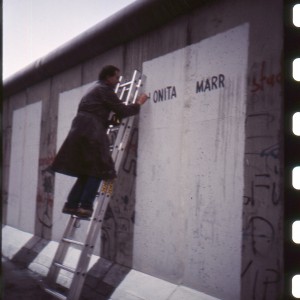 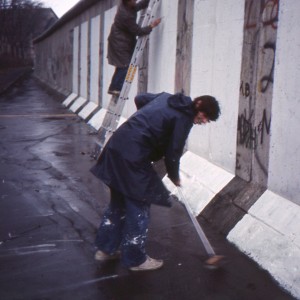 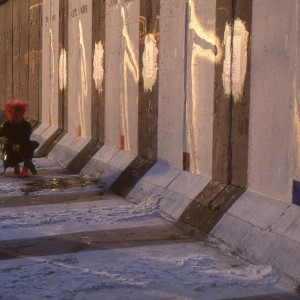 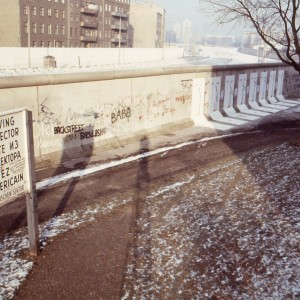 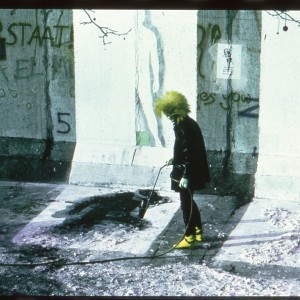 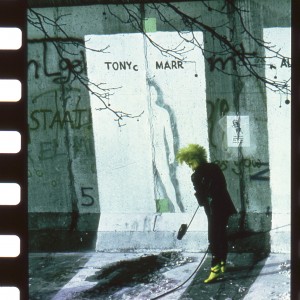 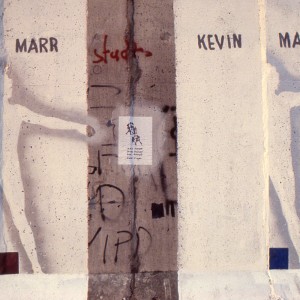 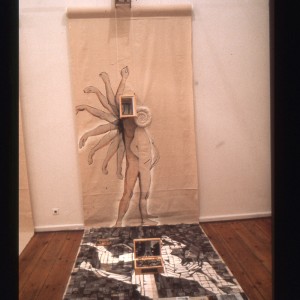 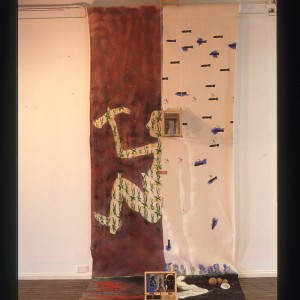 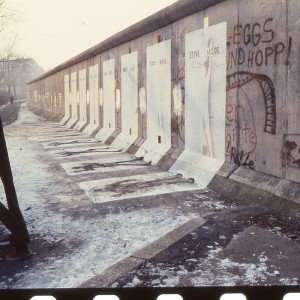 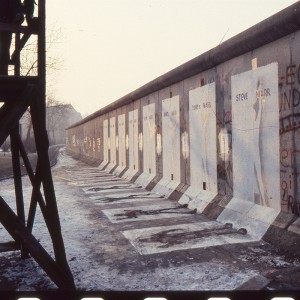 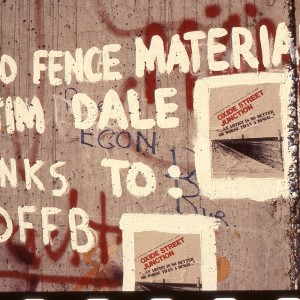 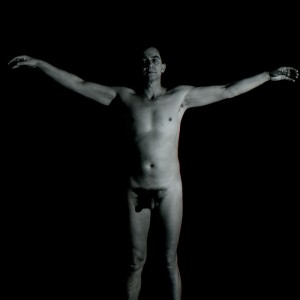 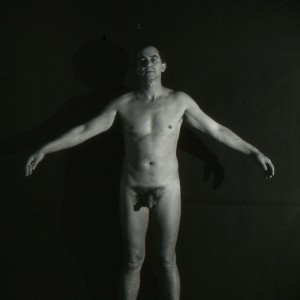