The boathouse was given to Marr as a wedding present and was originally installed at Penders. Too dangerous to use in the surrounding Bithry Inlet it remained on land until the handback of the Penders site to NPWS. Since then Marr has relocated it to Nurra Bukulla as a sculptural element. 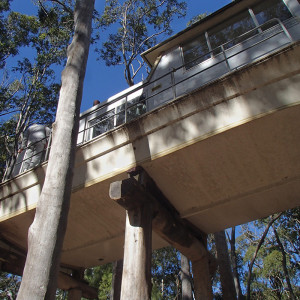 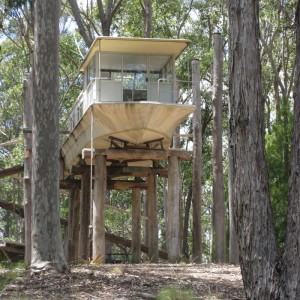 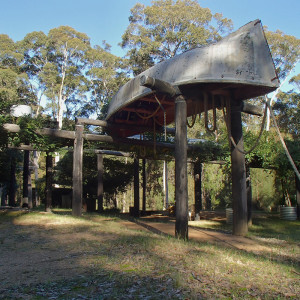